Do You Believe the Moon is Real? Because Analysis Shows it Might be a Hologram.

Recent studies of the moon have revealed a strange anomaly in the form of a lunar wave that has led some UFO enthusiasts and analysts into believing that the Moon is in fact a forgery.

A new theory has emerged after more people analyzing the Moon using high-definition telescopic cameras, saw that the image they were receiving through the scope was perturbed by what they call a “lunar wave”.

Mr. Crow did a great job capturing this moment, along with other eleven people. He claims that the “lunar wave” is an anomaly usually encountered while projecting an image, thus speculating about the possibility of the Moon being an actual hologram.

At first, the malfunction of the camera was considered, but after analyzing the bizarre phenomenon for a couple of weeks, he concluded that the line interfering with the Moon’s surface is not due to the “pixelation or shredding of the signal”, but it’s an actual “organic line.”

If the projection comes from space or from planet Earth, we are yet to find out, but current analysis only point towards the obvious anomaly known as “the lunar wave” and a few more evidence revealed by some Russian scientists.

Known as a reliable source when it comes to UFO disclosure, revealing never before seen footage of chem planes and strange UFOs, Mr. Crow tries to debunk the lunar mystery this time. He stated that:

I have been at this for a long time, I have been relentless in my search and in filming and observing the moon and everything that happens and it is true, from the people I have talked to, and there are other people talking about the moon being a hologram, and quite a few people are aware of this.”

After the groundbreaking footage was released, Mr. Crow tells how he has been contacted by three individuals occupying positions which offers them more knowledge about things than the rest of the population. He was told that he is on the right track, but at the same time he received critics and defaming interpretations of his work. Could his theory regarding the Moon being a hologram actually prove to be real?

Well, as a matter of fact Mr. Crow is a rational and well educated person, and if we check his theory better, it sounds quite convincing:

My guess is that when the Moon is in its quarter phases, or slivers, or other things, you are actually looking at the Moon. I think that when it starts to get full or well-lit on the face, they cover it with a hologram so we can’t see what they are doing under there… It’s not what you think it is, I can tell you that it’s not just a rock in space… there’s a lot going on up there.”

The space analyst said that after he had recorded the lunar wave, he was confronted with a research paper written by Russian scientists who point in the same direction. Could this prove to be true? Is the Moon in fact a colossal artificial space station with the rest of the solar system being a forgery as well?

With other people backing up his claims, along with a remarkable background in UFO disclosure, we can only hope that Mr. Crow will eventually find conclusive evidence to support his theory, but for the time being, lets enjoy the mighty Moon as it is – as Earth’s natural satellite, and who knows?

David Icke, The Moon Is Not What You Think It Is

Reptilians have been mentioned by many contactees and abductees for centuries, but who are the Reptilians and where do the Reptilians come from? Some would argue that Reptilians were Earth evolved beings who expanded out into the cosmos and others argue that they come from the Draco constellation.

WHO ARE THE REPTILIANS?

From numerous contactee accounts, we have gathered enough information to deliver the truth behind the origins of the Reptilian Aliens, who they are, and what their intentions are.

There is much truth to the speculation of Earth evolved Reptilians, but it is not how most people know it to be. Reptilians evolved in two separate planets, one was Earth and the other was a planet near the brightest star in the Draco constellation (Draconis). From these two distant planets, two distinctly different races of Reptilians would evolve and would help shape our planet and civilization as we know it today. As the two Reptilian races evolved, it was known that the Earthly Reptoids were a peaceful and “good” race, and the Draconian Reptilians evolved with a “warrior” and “evil” spirit.

As the Draconian civilization continued to grow and expand, they needed new sources of nutrition. Seeking other planets to infest with their evil agenda, they soon came to realize that a creation of cloned “evil” race would benefit them. Grey Aliens were created as a slave race to the Reptilians; however, as the Reptilians grew in numbers, so did the Greys. Soon a revolution would take place that would give birth to the Grey Aliens and their Agenda to find a cure for their cloned race that is slowly dying.

Today, power struggles among the Alien forces have thwarted an outright invasion of our planet. Reptilian Aliens from the Draco Constellation still have a fixed eye on our planet and do have emissaries here on Earth performing the vital tasks to ensure that humans remain on the track of corruption, hatred, and ego-centric goals!

David Vaughan Icke (pronounced /aɪk/; born April 29, 1952) is an English writer and public speaker who has devoted himself since 1990 to researching what he calls “who and what is really controlling the world.” His books have been translated into eight languages, he runs a website that receives 600,000 hits a week, and his lecture tours, during which he speaks for up to eight hours at a time, attracted audiences of 30,000 between 2000 and 2006.

His book The Biggest Secret has been called the Rosetta Stone for conspiracy theorists. One of his main focuses is the influence that extra-terrestrial beings have on our world order, one of these alien races being the Reptilian Aliens or also known as Reptilians, Reptoids, or Lizard people.

In The Biggest Secret (1999), Icke introduced the “Reptoid Hypothesis.” He identifies the Brotherhood as originating from reptilians from the constellation Draco, who walk on two legs and appear human, and who live in tunnels and caverns inside the earth. They are the same race of gods known as the Anunnaki in the Babylonian creation myth, Enûma Eliš. Lewis and Kahn write that Icke has taken his “ancient astronaut” narrative from the Israeli-American writer, Zecharia Sitchin. Icke’s idea of “inner-earth reptilians” is not a new theory and/or idea, though it is apparent that Icke has done more than most to expand on this theory of humanoid reptilian aliens amongst our population today.

Today, Icke holds many seminars, writes books and has a website that continues to thrive as more and more people learn about the Reptilian Aliens.

Although many of the subjects related to aliens or intelligent life else where is usually left to the sci-fi fanatics, David Icke continues to push towards what he believes to be the truth that has been hidden from the public for ages. 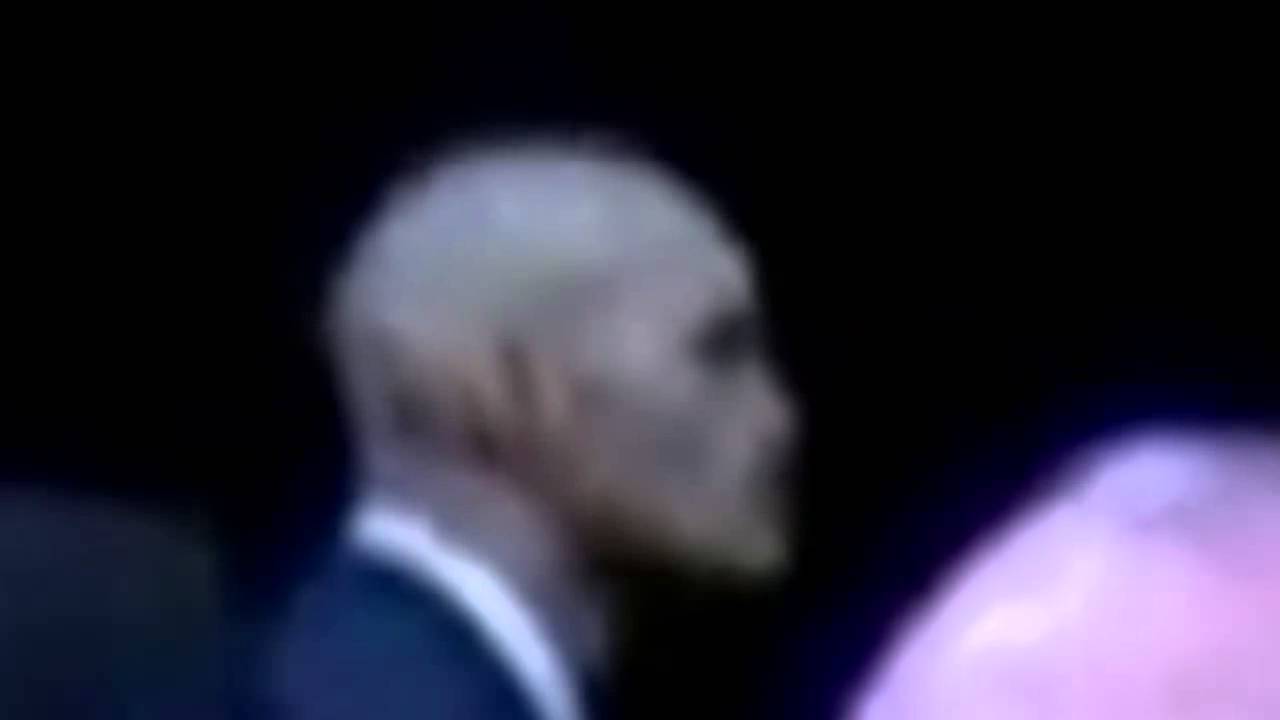 Posing Questions and Exploring some of the different views on reptilians, inter-dimensional beings, demonic energy vampires, and more…

I’m not scare of them but they do exist, if you don’t have bible knowledge and wisdom of the LORD is impossible for someone to believe, read ephesians 6:12 ,fallen angels/demons exist ,we are in a spiritual war not a war of flesh and blood, GOD would never lie to us.

Don’t Believe or Disbelieve what you are watching on this video. Take your time to think in the possibility of this happening nowadays.

Take your own conclusions.

Apparently one of Obama’s Secret Service Agent spooks shapeshifted into some weird humanoid during his speech at 2012 AIPAC Zionist Conference at the Washington Convention Center in three different cameras.